If you're trying to decide what kind of kitchen benchtop material you want, you're probably only considering the standard options, such as laminate, quartz, and granite. However, you might not have thought about, or even heard about, paper composite benchtops. Yes, the idea of using paper as a benchtop material sounds absolutely absurd at first; after all, the paper you're used to gets soggy quickly and isn't exactly prized for its durability. Read More
Marble is traditionally one of the most sought-after materials for kitchen benchtops. That is, until people learn of the disadvantages that make it so hard to buy and tough to care for. With that in mind, it should come as no surprise to learn that cultured marble benchtops are becoming more popular, along with other stone benchtop options. Cultured marble is man-made instead of directly quarried from the ground, with real stone particles blended with certain resins and pigments to create a fantastic final product. Read More 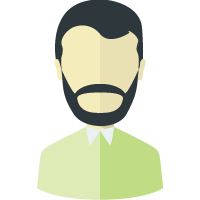 Hi. My name Is Gerri, and I own several properties. I inherited two and bought another one but had to move out of town. Although I own several investment properties, I simply do not have the time to fly or drive to all of them to take care of them. As a result, I have hired a lot of contractors remotely. If you live away from your home or from your investment properties, I would like to help. I have great ideas on hiring contractors, checking up on their work, arranging payments and more, and all of these tips are designed for people who are trying to take care of this task remotely.